Nimue Smit: On Modelling, Health and Pivoting to a New Career 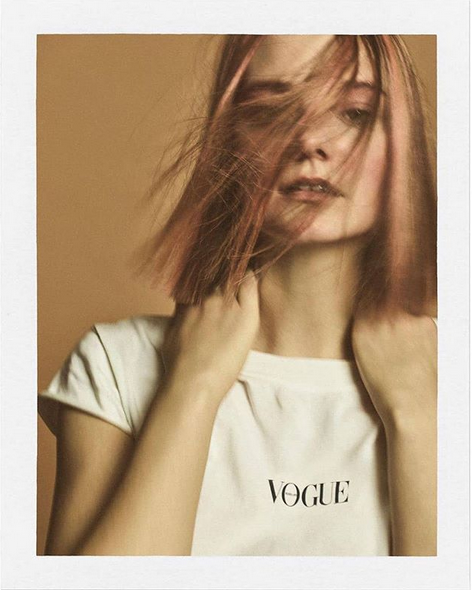 Nimue Smit started modelling at 16 after being scouted on Hyves, a Dutch version of Facebook. Her career took off after a Prada exclusive in her first show season, after which she modelled for photographers like Stephen Meisel, Paolo Roversi, AnneMarieke van Drimmelen. Alongside her modeling career she has taken an active role in changing the fashion industry. Nimue is an ambassador of the Models Health Pledge, a Dutch industry-led initiative to improve the mental, physical and financial well-being of models. She initiated their now yearly ModelTaskforce lunch, where models come together and talk about what is going (less) well in the Dutch fashion industry. She’s also one of the initiators of the London branch of Model Mafia, a collective of 350+ ‘model activists’ who use their careers as a platform for environmentalism and social justice. What Nimue likes about MM is that it is also a place to learn from and connect with other models and get inspired by what other models get up to.

Between all the shoots and shows, continuous learning has always remained central in Nimue’s life. Whether it was learning languages on set or pursuing an academic degree, Nimue believes that you can learn something out of every interaction.

1. Tell us about one of your favourite jobs or moments working in the fashion industry as a model?

My favourite shoots were probably working with Tim Walker, his artistry is amazing. The worlds that he builds in and around his photography was a great source of inspiration to me when I started modeling, so working with him was a dream come true. We shot in a house in Northumberland that is featured often in his work, the room was decked out with flowers, ladders and even a little piglet!

Another favourite moment was a Prada exclusive that I got booked for after finishing my bachelor’s degree. As Prada was the brand that gave me my first big break, it felt like my career had come full circle when Prada enabled me to re-enter the industry - once again on their catwalk.

2. When did you decide you wanted to try out something new?

For me, modelling has mentally always been my ’side-job’. This has both good and bad sides. The good: I think it made me less dependent on the job and the pressures of being driven by external influences. On the other hand, coming from a background where people simply didn’t understand why I was spending my time standing in front of cameras also made it difficult for me to own my modeling career, and to allow it to be a real part of my identity.

After high school I worked full time for 2 years, but when the second year came around I noticed two things: I started to become impatient with people on set, and rather than dreaming about the campaigns and covers I hoped to do, I dreamed of being on the stage of TED, talking about what I had achieved or my passions (note: this was before Cameron Russell’s TED talk - defintiely watch it if you haven't yet!).

When I wrote my college application letter, my mission was clear: I wanted to put all of my learnings and unique experiences gained through modelling - living on my own, meeting and working with talented, creative people from all around the world, constant and eye-opening traveling - into more of a context. Modelling has no benchmark for growth and has no structure that made me realize the many skills I had picked up, and the development I had gone through as a person. Instead, as a model I often felt like I was not progressing in any way, while all my high school friends were moving on in life and educating themselves.

3. How did you come to the decision to apply for a master’s in public health?

After my bachelor, I went back to modelling full time. I felt lucky to get back in, however, after working for a while I started to notice that it didn’t ‘fit’ me anymore. I felt like my time at university had made me grow, but the industry had no interest in that. I often compare it with that scene from Alice in Wonderland where she has drunk the growth potion, with her legs and arms sticking out of the windows. That was how I felt.

I also missed the feeling of structurally working towards a future. Even the best models have little security over how much they work, and your track record only gives a very small sense of guarantee for future work. That feeling of insecurity does not make me thrive, and I didn’t like how I lost all the productivity that I knew I could have from my time at university. That’s what I love about Ubooker, you’re really giving more ownership to models over their careers, and with that over their life.

My parents are both doctors and I'veIve always had a fascination with the body. I decided on pre-med in undergrad, but I realized I had really been more interested in the bigger picture. Questions like "What causes the many illnesses we see in society?” “How do we create health for all, in an ethical manner?" and "What should the role of government be in promoting health and restricting industry?” fascinate me. Public health brings together health, behaviour change theory, ethics, anthropology, sociology and political sciences - all areas that I really enjoy learning about.

It was quite the switch, as it had been 3 years since I completed my bachelor. It was definitely tiring to get my brain back into a learning mode, but I loved doing this degree. LSHTM is a school that has a super diverse student base, and I think I learned most from talking with people. The collection of life experiences at that school was such a treasure trove: doctors from Columbia, policy makers from India, nurses from Japan, Red Cross volunteers… Being there checked a couple of biases, filled some knowledge gaps I didn’t realise I had, and deepened my understanding of my own ethics.

5. What transferable skills do you think you can gain from modelling?

First of all, I think that modelling teaches you a LOT about teamwork. You learn to adapt to new teams and how to work with people from all different backgrounds. I noticed that that really
helped me in group projects at university.

Fashion is filled with so many talented people, and some of that is bound to rub off. I feel it has developed my sense of aesthetics and shown to me how important storytelling is to sell any
product - whether it's an item of clothing or a public health intervention. I think this is an asset in academia, where many still think that ‘the truth’ sells itself. Also, modelling teaches creative
thinking. You are constantly challenged to ‘embody’ an idea or concept with the posing that you do. This way of integrating images and cultural references into your posing requires
consolidating different ideas and topics, and challenges you to think outside the box.

I always refer to this website, where Jasmine has made a really nice list of the transferable skills that modeling gives you. I use it every time I am reworking my CV.

6. What advice would you give to models who are thinking about pivoting to something else?

Go and try some things, feel how it fits you! I think the most valuable thing I learned is that you can trial your life before you commit to a job from a great TED talk by Bill Burnett. Ask a friend if you can join them in a university lecture. Go volunteer, get involved in your community. Approach a client and ask if you can intern for them. Think of people in your network whose jobs you find interesting, and ask them how they got there over a coffee. Make the most of the incredible network that you inevitably gain through modeling. Find what makes you excited. I know it's scary, and that you might feel daunted by the prospect of change.

I’ve been there - like many of us have. Also: Don’t underestimate the dedication & commitment it takes to be a model! When you put that level of dedication into any other career you can make it pretty far, and you will have a sense of agency and control over your future that is really empowering. Do, however, be prepared to train your concentration and focus, as modeling does not really work on those skills.

There are more and more resources out there for models wanting to move to another career. A great one is The Pivot. Renee helps models make the transition, via workshops and access to internships. 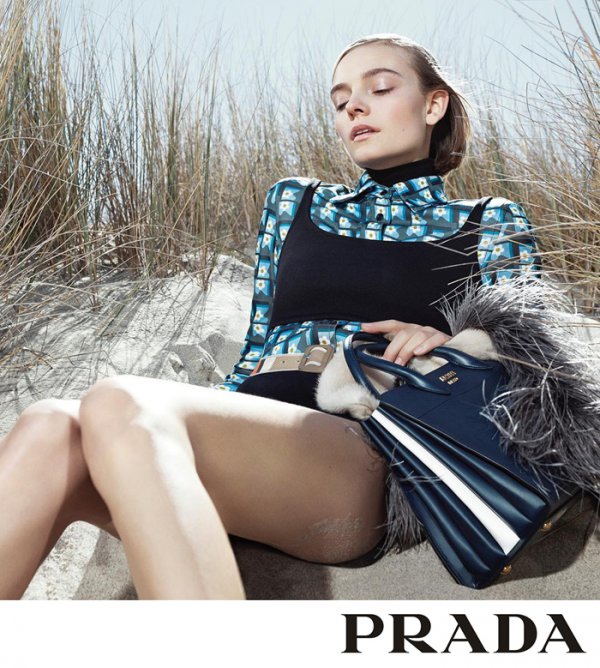