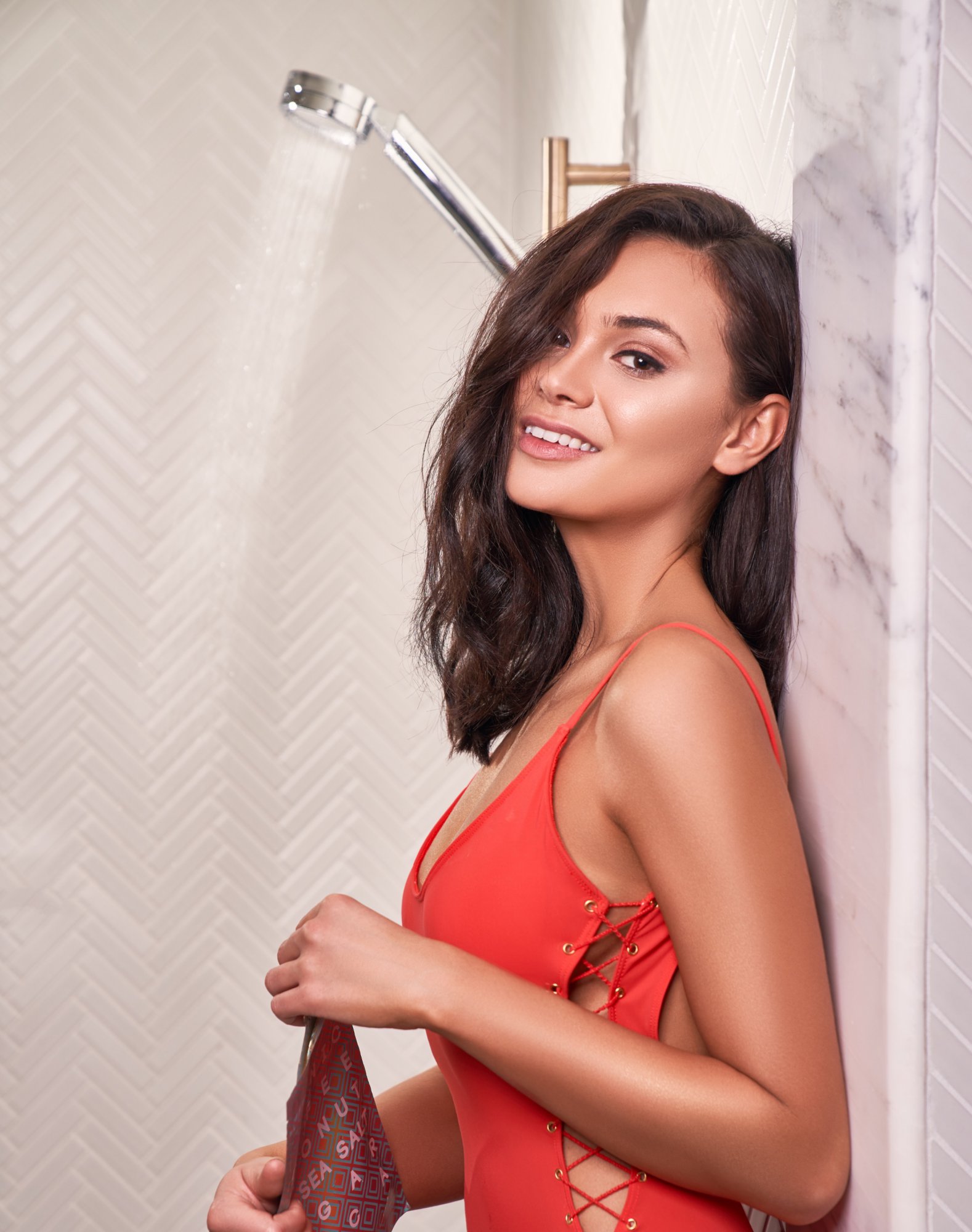 Kristina Velkova is a model on a mission to rejuvenate your shower routine and make a positive impact while she’s at it!

While studying fashion business management with a specialization in product development at the Fashion Institute of Technology in New York City, Kristina started working as a model booking clients like Burberry, Net-a-Porter, Marchesa and Conde Nast. From there, she went on to co-found Vitaclean, a unique filtered shower head that is changing the way people shower all over the world and that is revolutionising the shower industry. Read on to hear about her path from model to businesswoman in her own words.

KV: My career as a model allowed me to learn how to build and grow my “brand”. Juggling demanding fashion clients for some of the world’s most iconic brands, mentally battling industry ideals, occasionally working under unfair conditions and having to step up to big jobs such as runway shows, campaign shoots and other industry activities taught me a lot that I could later apply to starting a business such as persistence, resilience, creative direction, production and marketing. Working with so many different brands and products inspired me to want to create my own.

In 2016, Kristina met Vitaclean co-founder Sara Douglas when they were working together at a content production company in London and soon found that they were both passionate about creating their own business.

KV: As expats in London, we noticed that we were suffering from the same problem; dry skin and hair due to the hard water in the UK.  We wanted to find a water filtration solution that was affordable as it was a very expensive to install a full filtration system at home. We realized that there was a gap in the market and in 2017 the idea for Vitaclean was born - Vitamin C, filtered shower heads. Our mission was to provide the world an easy to install a shower head which would not only conserve water but also help people achieve healthier skin and hair.

2 years later,  Vitaclean has expanded from the UK into the US and Europe, now has a team of five and has been featured in Vogue, Harper’s Bazaar, Vanity Fair, and InStyle and has been endorsed by A-list celebrity hairdressers.

KV: We were awarded Grazia’s most innovative beauty tech product and we’ve also been stocked with retailers QVC, Selfridges & Urban Outfitters and launched in hotels and wellness centers. It’s been a dream come true!

In addition to this, social impact and finding sustainable, clean water solutions is at the core of why Vitaclean exists.

KV: We have two long-standing partnerships with charities Drop4Drop and Solyna Foundation. Access to clean water transforms lives, creates opportunities and lays the foundations for a brighter future. Therefore, for every shower head sold in Europe, we donate £1 to Drop4Drop which helps provide clean water in areas of the world that do not have access to it.  As a female-run company, we also strive to initiate change and give a voice to women who need it the most. We donate $1 of every Golden Shimmer Coffee Scrub to the Solyna foundation who provide victims of sex trafficking and abuse with what they need the most; love, understanding and the skills to be able to support themselves in the future.