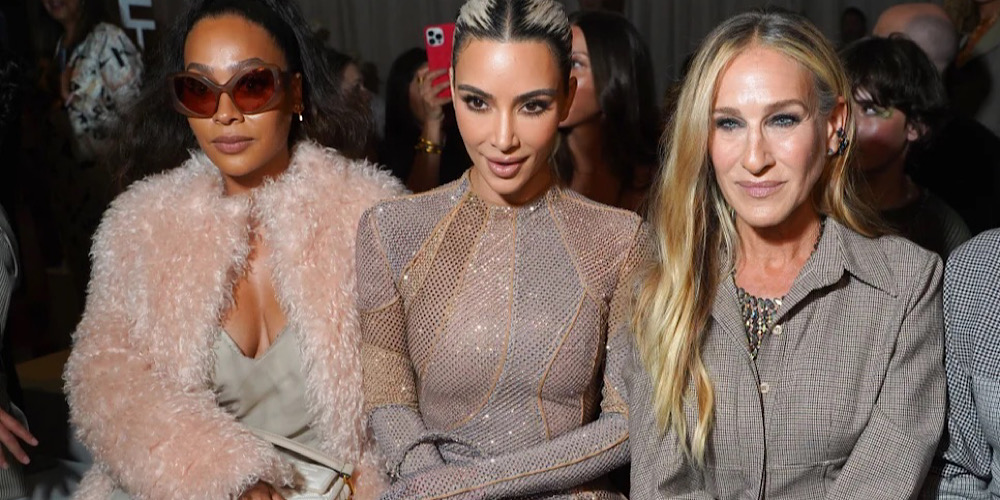 September is back and you know what that means. From now until mid-October, newsstands will be flooded with the goings on of the place we know and love: the world of fashion. Today marks the end of New York Fashion Week. The event is heading to London but the feel of NYFW still lingers in our brains. If the whole month is going to follow a similar vein as New York, then we are in for a treat of epic proportions.

Fashion creatives, this isn’t just fun and games, this is crunch time for us all.

We’ve detailed how our model friends can survive Fashion week in each of its iterations. With only one week down, there’s still much more ground to cover. (These tips can be extended to other creatives too, so be sure to check it out!)

As we wait for the havoc to reach London streets, we at Ubooker thought it best to recap the Fashion World’s official kickoff of the month because boy, was it a spectacle. 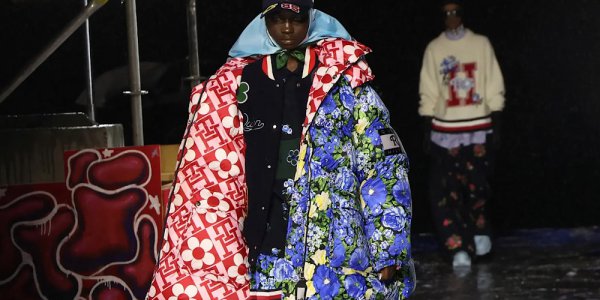 The headlining act of all New York Fashion Week was Tommy Hilfiger’s grand return to the runway. After a three year hiatus that’s kept the NYC brand off the catwalk since before Covid times, Tommy came back with a bang complete with all the bells and whistles you’d expect. Christened, “Tommy Factory”, Hilfiger’s latest collection is a poppy, colorful homage to the late and great Andy Warhol. The show unraveled under rainy New York skies where the sunshine was provided by the models and the performers (Blink182 drummer Travis Barker played a legendary solo for the finale walk). 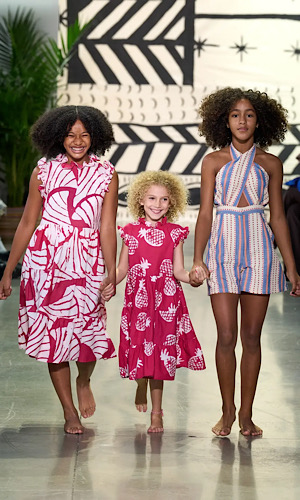 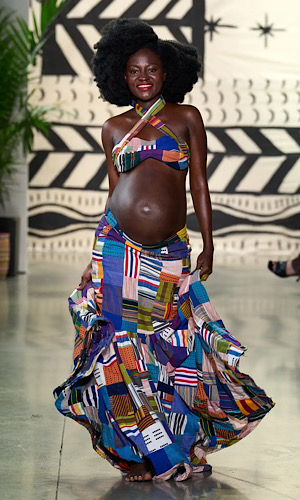 Other honorable mentions for the weekend include Studio 189’s beautiful collection honoring its African roots, Sergio Hudson defining the woman of his brand (after receiving HFR’s Designer of the year award no less), and a schedule chock full of digital as well as physical presentations. Liked something from the Hilfiger collection? Go and buy it on, not kidding, Roblox. 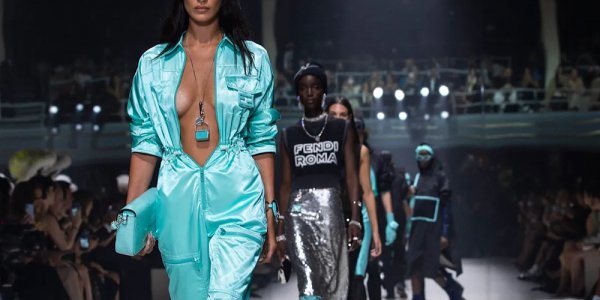 In honor of one of its most iconic accessories (made so by none other than SATC’s Carrie Bradshaw), Fendi brought its show to the Big Apple to showcase the reimagining of the Baguette bag. Models of all shapes and sizes (including one Linda Evangelista), strutted the runway with the bags in tow. The event was well attended with its star, Sarah Jessica Parker, sitting front row to the spectacle.

Another trend we are starting to see more of is the blending of modeling with the other entertainment trades. Coach recruited Lil Nas X to walk in its latest show. He wasn’t the only celebrity to grace the catwalk either. Julia Fox and Serena Williams, both atypical fashion models, also walked this week. 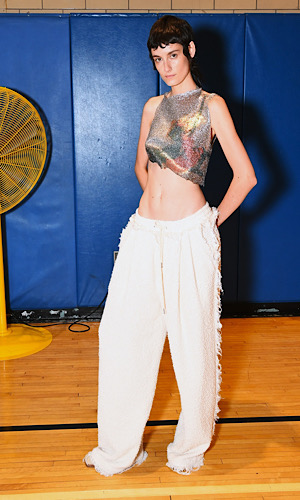 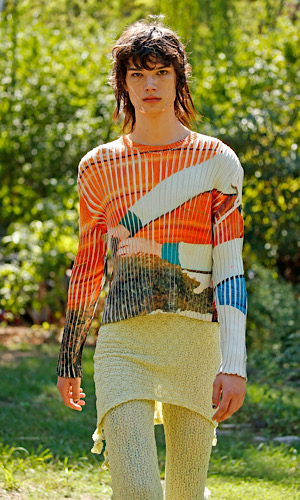 Eckhaus Latta also returned to the runways this week. It’s show was full of whimsical looks donned by a cast that matched the vibes to a tee. Set in a beautiful garden backdrop, the show was a well received display of how to show off edgier pieces with a classical twist. 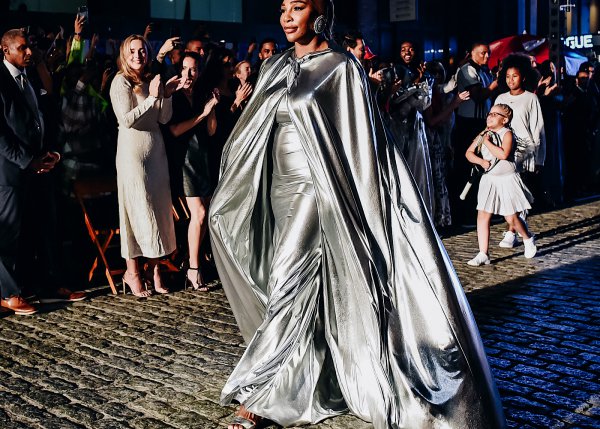 In honor of its 130 year anniversary, Vogue staged a grand event in New York’s meatpacking district to honor and indulge in fashion’s many fantasies. The publication took over New York’s 13th street, turning it into a fashion festival with tickets starting at $3000 a pop (though residents there did get to view it for free). What transpired was a party of epic and luxurious proportions. Many big-name labels turned out to sell novelty items in old school street carts. The best? FENDI’s actual baguettes.

The runway featured hundreds of looks donned by supermodels, music industry icons, and star athletes. Serena Williams, fresh off the US Open, opened the show in a custom Balenciaga look followed by numerous others sporting every major fashion label under the sun. The front row was just as star-studded with a bounty of recognizable faces populating the seats.

A week full of parties, shows and looks to remember now winds down with today marking the finale. As New York catches its breath, the train moves overseas with all of its high energy and long days with it. A fall full of projects is sure to follow in its footsteps.

We will continue paying attention here at Ubooker as well as doing what we can to make sure these golden opportunities don’t miss our talent and creatives. Stick with us, friends. The chaos is a bit more manageable when its us at the helm ?

See you in London! 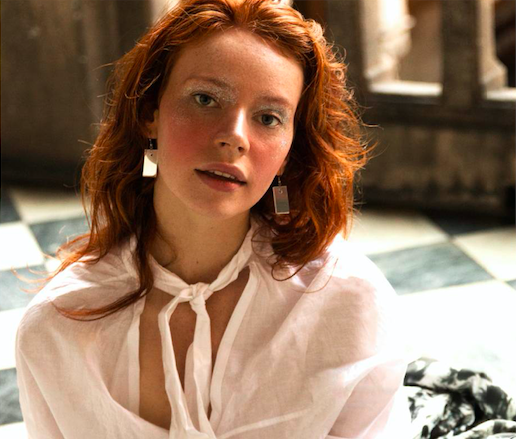 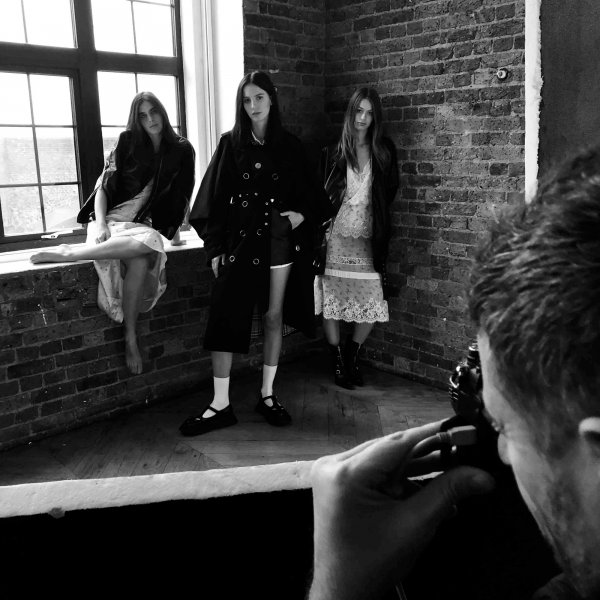 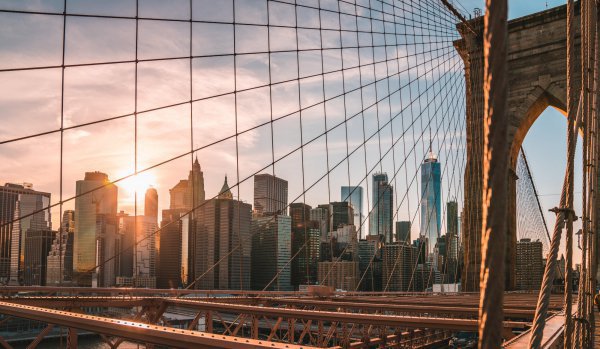